The DOE and NIH have projected significant losses of radiochemistry personnel in the near future as Cold War era workers retire. The implications of these losses will affect our nation’s progress in drug discovery, environmental stewardship, and the development of technologies to prevent and respond to nuclear terrorist events. At Washington State University, several research areas are available in: 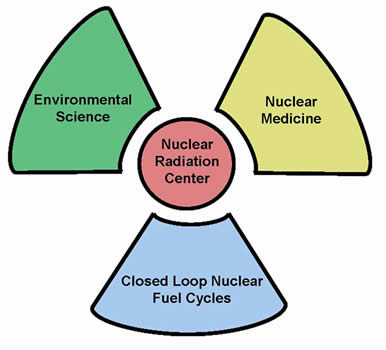 Unfortunately, very few universities in the nation are equipped to train more radiochemists.  In fact, 9 of the 12 universities offering doctoral programs in this field have only a single faculty member, many of them approaching retirement age!   The figure below helps to illustrate the average age of an aging nuclear workforce at the Savannah River Site. 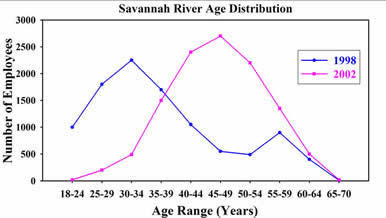 In particular, the renewal of interest in nuclear energy usage in the US has served as a catalyst for concern and further development and research in radiochemistry. The growth of nuclear power relies on the nation developing technologies to manage the radioactive byproducts of fission reactors.  At WSU, fundamental research on radioactive materials focuses on reducing the time spent nuclear fuel remains hazardous.  Scientists use this and other research to predict the performance of nuclear energy storage at the Yucca Mountain facility in Nevada. 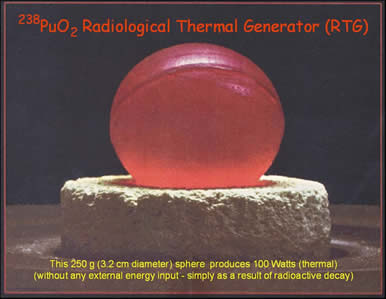 Plutonium can be pretty impressive!

With four teaching faculty and two research faculty members Washington State University has created one of the nation’s largest and best radiochemistry research divisions. In addition to the faculty, the strategic investment of university and federal resources at WSU has resulted in the formation of unique facilities and capabilities, including a nuclear research reactor.  Annually, the University awards degrees to half of the nation’s graduates earning doctoral degrees in radiochemistry!